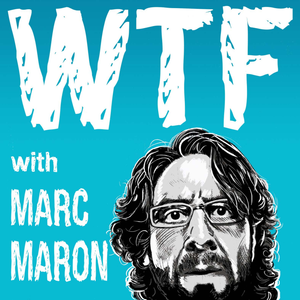 David Letterman started out doing the very thing that scared him to death - getting up in front of strangers and trying to make them laugh. Now after wrapping up a legendary and influential career as late night host, Dave talks with Marc about his early days at The Comedy Store, his enjoyment of the longform interviews he’s doing for Netflix, and his focus on the hard work of becoming a better person. Dave also reveals his favorite thing about his old show and the one comic he always thought was the funniest, despite everything else that happened between them. This episode is sponsored by Turo and Starbucks Tripleshot Energy.