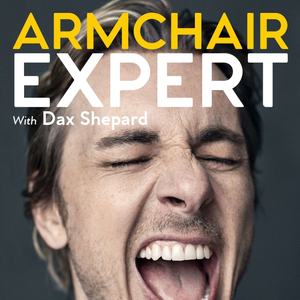 In this episode, Dax invites Rob McElhenney (It's Always Sunny in Philadelphia, Mythic Quest: Raven's Banquet) and Kumail Nanjiani (Silicon Valley, The Big Sick) into the attic to discuss their obsession with male bodies. Dax remains shirtless through the duration of this episode while the three dissect childhood insecurities that led to this predilection, their opinions of the perfect male body, body dysmorphia, societal influences on females vs. males, and not being in on the joke. Rob mentions the high point when a stranger wanted to take a shirtless picture of him and Kumail reveals a tidbit about his abs. Monica commends the three for talking openly and vulnerably.