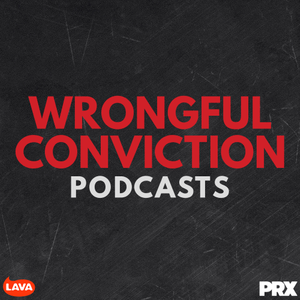 S11E1: Julius Jones In the fall of 1998, Julius Jones had the whole world ahead of him. He was a freshman who planned to study engineering and was attending the University of Oklahoma on an academic scholarship. The following summer, just three days after his 19th birthday, Julius was awakened and dragged out of bed, barefoot and shirtless, and taken into police custody as a murder suspect. In 2002, he was convicted of killing a prominent local businessman – this after eyewitness testimony that should have excluded the young man as a suspect, as well as overt racial bias both in the news media and in the jury box. Julius Jones is facing execution as early as the fall of 2020. Special guests Kim Kardashian West along with Julius’ current attorney, Dale Baich and his mother and sister, Madeline and Antoinette Jones, join Jason Flom to discuss Julius’ case and the race for the State of Oklahoma to grant him clemency before it’s too late. Learn more and get involved at: https://www.justiceforjuliusjones.com/ https://www.change.org/p/julius-jones-is-innocent-don-t-let-him-be-executed-by-the-state-of-oklahoma https://www.wrongfulconvictionpodcast.com Wrongful Conviction with Jason Flom is a production of Lava for Good™ Podcasts in association with Signal Co No1 and PRX.