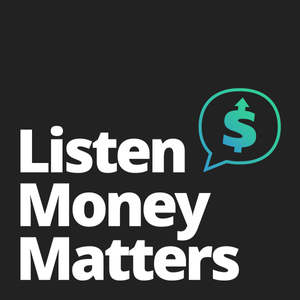 Listen Money Matters - Free your inner financial badass. All the stuff you should know about personal finance.

Have you ever thought about starting a Kickstarter campaign? We interview Chez Brungraber about how she did it for her travel bag.It takes some doing to get people to give you money for something that doesn’t yet exist. Chez tells us how she did it.Kickstarter is a place to get funding for a product that is still a prototype or a project that hasn’t been completed. The first rule is to have a product that you believe in. Once you have that, you have to get the word out, friends, family, bloggers, media.You have to keep your backers updated with how the project is progressing and when they can expect it to be complete. Chez’s company makes money but not enough to make large capital investments in things like new products. And it doesn’t make enough for a bank loan. That’s why she chose to fund this way.You have to hit your funding goal in order to receive the money towards your project. That sense of urgency helps to reach the goal. Most campaigns over $10,000 fail on Kickstarter so don’t ask for an insane amount of money. Keep in mind too that Kickstarter will take a percentage of your earnings, so factor that in.Once the goal is reached, you can set a “stretch goal.” Extra features that will be added to the existing product as higher funding goals are met. Chez recommends making sure you know what your stretches will be before starting the campaign. She had three days to come up with her first.Kickstarter isn’t a place for free money. Chez took four months to craft her initial campaign and more time to change it for her stretch goals. Make sure you have your basics set up, you’re incorporated, have a business bank account, you can’t deposit that money into your checking account! There are tax implications too.Kickstarter can be a great place for small businesses to get funding but do your research before starting a campaign.Show NotesPumpking: A pumpkin beer from Southern Tier. Kickstarter: Chez’s new campaign for her travel bag. Gobigear.com: Here you can find more of Chez’s awesome gear LMM Community: Join the money revolution! Learn more about your ad choices. Visit megaphone.fm/adchoices