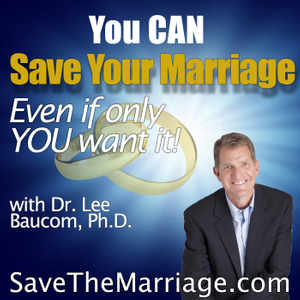 Here we are, Independence Day in the United States, marking the moment when the young colonies rejected ties to the British Crown. So many times, I have people "declare their independence" from their marriage... somehow seeing marriage as about dependence.  In our culture, any connection and reliance on someone else is often labeled as "dependence" or "codependence."  In reaction, people want to shift to "independence." In the healthiest of marriages, there is "interdependence."  You can have your own identity AND rely upon another person.  You can have separate roles and responsibilities, but ones that support each other, AND not be codependent.  But interdependent. Where does dependence, though, cross over to codependence?  That word... that label... is so overused that we rarely remember what it originally meant (I explain it in this episode of the Save The Marriage Podcast below). It is true, some couples and individuals ARE overly reliant on a spouse for emotional support and help.  It is also true that every couple should be able to rely on the relationship for emotional support.  But what is healthy?  When does it become UN-healthy? Colleen wrote in and asked (and YOU can submit a question, too, by CLICKING HERE and emailing it), and it is an important question -- is this codependence, and how can you deal with it? Listen below to learn about dependence, independence, codependence, and interdependence, in your own marriage. RELATED RESOURCES Needs in Marriage Emotional Connection Managing Your Emotions Your Support Team Self-Expansion Save The Marriage System