Whether you are red, blue or somewhere in between, political podcasts have become THE place to hear policy debates and rhetoric. Podcasts are a powerful platform for thinkers, leaders, and debaters to engage in the important discussions around government policy that shape our nation and ultimately, our everyday lives.

You may be familiar with well-known political podcasts such as liberal Pod Save America (hosted by former aides to President Barack Obama) or conservative, The Ben Shapiro Show (political commentator, public speaker, author, and former attorney).

That being said, here are two suggestions discuss all sides of the argument and are unbiased in their political conversations. Listen to Pantsuit Politics, a female-hosted show by two friends discussing current events with opposing political views. Another neutral political podcast is The Argument, hosted by New York Times Opinion columnists, that focuses on explaining all sides of the argument of a specific topic.

For so many of us trying to keep up with our busy lives and still want to get updated in current news or affairs, the podcast Up First or The Daily will give you the rundown on current political issues, in under 30 minutes. Politics may make you confused and mad or hopeful and inspired but, regardless of our political position, at the end of day, it is so important for us to remain informed.

Check out some of today's hottest, controversial, and thought-provoking podcasts about politics. We’ve rounded up our recommendations on the best political podcasts of 2020. Listen to these shows to learn about stories of government policy, connect you with political leaders who’ll discuss important topics and updates on the 2020 presidential election. After you tune in to some of these podcast recommendations, you’ll be very informed and ready when the voting booths open. 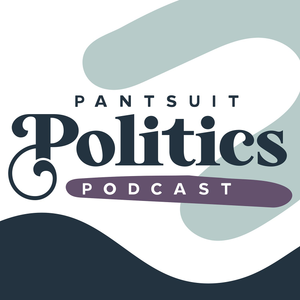 For anyone discouraged by our current political discourse, Sarah Stewart Holland and Beth Silvers bring a nuanced and grace-filled perspective to discussions about politics and news. 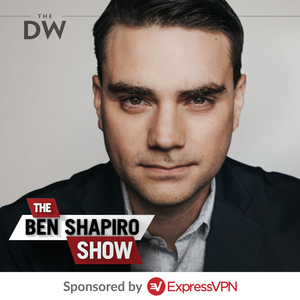 by The Daily Wire

Tired of the lies? Tired of the spin? Are you ready to hear the hard-hitting truth in comprehensive, conservative, principled fashion? The Ben Shapiro Show brings you all the news you need to know in the most fast moving daily program in America. Ben brutally breaks down the culture and never gives an inch! Monday thru Friday. 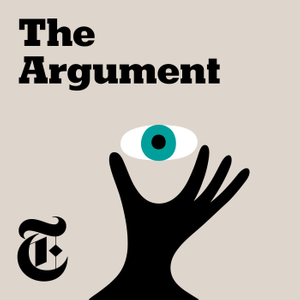 by The New York Times Opinion

The other side is dangerously wrong. They think you are too. But for democracy to work, we need to hear each other out. Each week New York Times Opinion columnists Frank Bruni, Ross Douthat and Michelle Goldberg explain the arguments from across the political spectrum. Their candid debates help you form your own opinion of the latest news, and learn how the other half thinks. Find the best ways to persuade in the modern search for common ground. 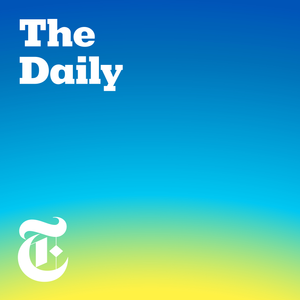 by The New York Times

This is what the news should sound like. The biggest stories of our time, told by the best journalists in the world. Hosted by Michael Barbaro. Twenty minutes a day, five days a week, ready by 6 a.m. 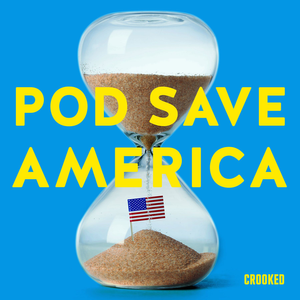 Four former aides to President Obama—Jon Favreau, Jon Lovett, Dan Pfeiffer and Tommy Vietor—are joined by journalists, politicians, activists, and more for a no-b******t conversation about politics. They cut through the noise to break down the week’s news, and help people figure out what matters and how they can help. Text us questions and comments: (323) 405-9944. New episodes Mondays and Thursdays. 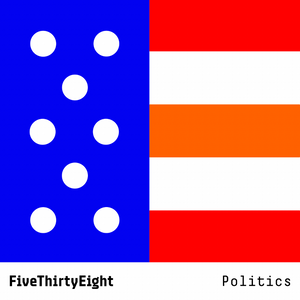 Nate Silver and the FiveThirtyEight team cover the latest in politics, tracking the issues and "game-changers" every week. 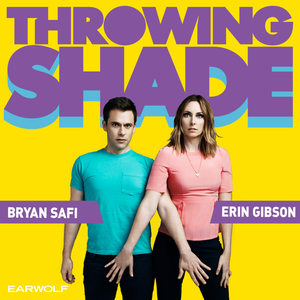 Throwing Shade is the political comedy podcast hosted by Erin Gibson and Bryan Safi who deliver their fresh takes on pop culture, women’s rights, and LGBT rights with hilarity and vulgarity. Spend your Thursdays with the podcast called "the perfect combination of silly, intelligent, cynical and charming" by Entertainment Weekly and "Oprah's #1 pick" by an iTunes reviewer who is not Oprah. 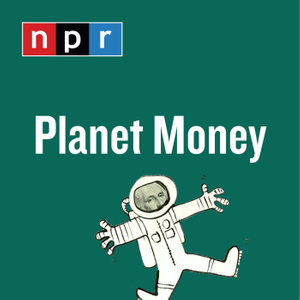 The economy explained. Imagine you could call up a friend and say, "Meet me at the bar and tell me what's going on with the economy." Now imagine that's actually a fun evening. 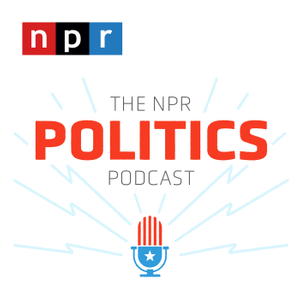 Every weekday, NPR's best political reporters are there to explain the big news coming out of Washington and the campaign trail. They don't just tell you what happened. They tell you why it matters. Every afternoon. 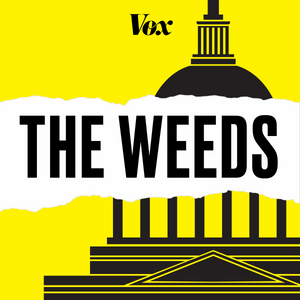 In politics, you’re often told not to get lost in the weeds. But we love the weeds! That’s where politics becomes policy – the stuff that shapes our lives. Every Tuesday and Friday, Matthew Yglesias is joined by Ezra Klein, Dara Lind, Jane Coaston and other Vox voices to dig into the weeds on important national issues, including healthcare, immigration, housing, and everything else that matters. Produced by Vox and the Vox Media Podcast Network.

NPR's Up First is the news you need to start your day. The three biggest stories of the day, with reporting and analysis from NPR News — in 10 minutes. Available weekdays by 6 a.m. ET, with hosts Rachel Martin, Noel King, David Greene and Steve Inskeep. Now available on Saturdays by 8 a.m. ET, with hosts Lulu Garcia-Navarro and Scott Simon. Subscribe and listen, then support your local NPR station at donate.npr.org. 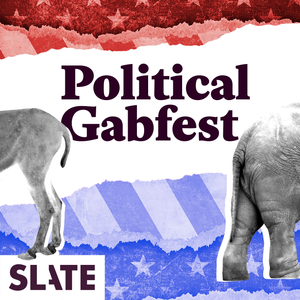 Voted “Favorite Political Podcast” by Apple Podcasts listeners. Stephen Colbert says "Everybody should listen to the Slate Political Gabfest." The Gabfest, featuring Emily Bazelon, John Dickerson, and David Plotz, is the kind of informal and irreverent discussion Washington journalists have after hours over drinks. 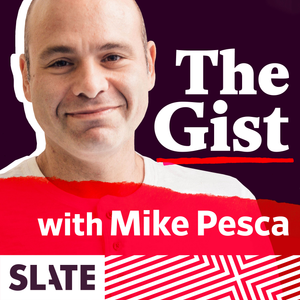 Slate's The Gist with Mike Pesca. A daily afternoon show about news, culture, and whatever else you'll be discussing with friends and family tonight. 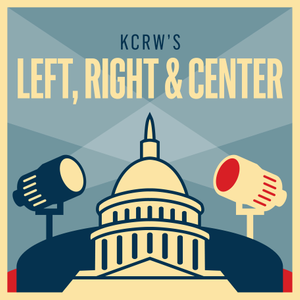 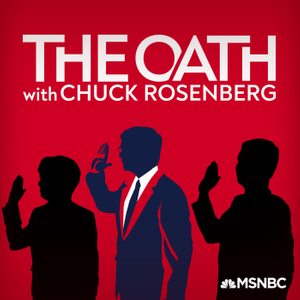 The Oath with Chuck Rosenberg

Listen in on revealing conversations with fascinating men and women who took an oath to serve our nation – military and law enforcement leaders, medical professionals, an astronaut, a judge, and more. Who and what shaped them? What drew them to this work?&nbsp;How did they overcome adversity and failure? These captivating stories exemplify what is best about our country: integrity, civility, service, humility, and collective responsibility. 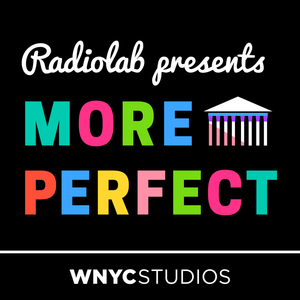 From the producers of Radiolab, a series about how the Supreme Court got so supreme. 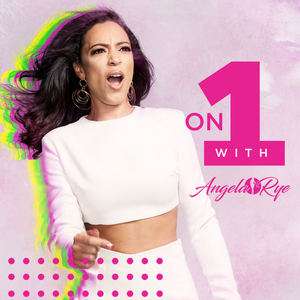 On One with Angela Rye

Welcome to On One With Angela Rye. Tune in every week for the most honest answers to the pressing political, racial, and pop culture questions of the day. 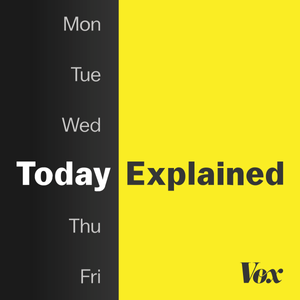 News comes at you fast. Join us at the end of your day to understand it. Today, Explained is your all killer, no filler, Monday to Friday news explainer hosted by Sean Rameswaram and featuring the finest reporters from the Vox Media Podcast Network and beyond. 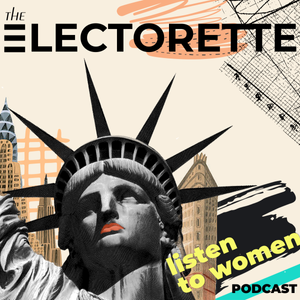 The Electorette: A new podcast about politics, intersectionality and feminism. The Electorette features interviews and conversations with the women leading the resistance. They are passionate about equality, voting rights, climate change, access to healthcare & reproductive rights and all issues that make a healthy democracy. 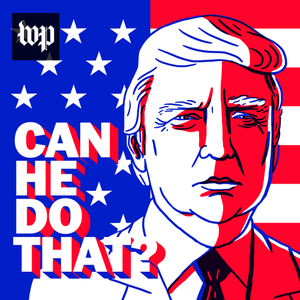 “Can He Do That?” is The Washington Post’s politics podcast, exploring the powers and limitations of the American presidency, and what happens when they're tested. Led by host Allison Michaels, each episode asks a new question about this extraordinary moment in American history and answers with insight into how our government works, how to understand ongoing events, and the implications when branches of government collide.