Lyn and Chris Dawson appear to have the perfect marriage. He's a star footballer and popular high school teacher. She's a devoted wife and mother. They share a beautiful home above Sydney's northern beaches. But when Lyn goes missing, dark secrets are buried. This is no fairytale, but a sordid story of strangely close twin brothers, teenage student lovers, and probable murder. The Australian's Hedley Thomas digs deep into a cold case which has been unsolved for 36 years, uncovering startling new evidence.

Best The Teacher's Pet episodes upvoted by the community

As Chris brazenly moved his teenage lover into the family home, Lyn saw the cracks in her marriage widen. It was crumbling all around her. Unable to believe the worst of her husband, she responded with denial, but to her family and friends Lyn's suffering was clear. And the toll was not just emotional. In this episode, a former babysitter for the Dawsons speaks for the first time about the violence she witnessed in the home.

On January 15, 1984, Chris and Joanne wed at Bayview. With no veil, and in a non-traditional dress, the young bride looked like a flower girl. On her hand, she wore Lyn's rings. Chris's brother Paul and his wife Marilyn were witnesses, but there was something Marilyn didn't know. A secret existed between the brothers and Joanne.

After six difficult years, the volatile marriage was over. Joanne felt she had become ‘disposable’, as Lyn had been years before, and feared for her life. She fled back to Sydney, telling friends she was convinced Chris had murdered his first wife. In this episode, you'll hear what Chris Dawson told detectives when he was interviewed in 1991.

After 36 long years, failed police investigations, two coronial inquests, and countless appeals from Lyn's family, the case is stronger now - and once again it's in the hands of the office of the DPP. Regardless of their decision, the NSW police commissioner pledges to keep investigations going, and he plans to order a much more significant dig at the Bayview property. In this episode, former coroner Carl Milovanovich explains why he believes a jury would convict Chris over the probable murder of Lyn - and why the case still troubles him today, 15 years after his inquest in a Sydney courtroom. And Lyn's daughter Shanelle has final words in honour of her mother.

Introducing: Who the Hell is Hamish?

A new podcast from The Australian.Tracy fell in love with Max Tavita, a man who won her over with tales of a life in the investment world and how he was working in the World Trade Center in New York when the first plane hit in 2001. Then Hamish crashed into their lives.Music credits for this episode:Meydan - L'Etoile danse pt 2Lee Rosevere - DecompressionDerjuli - Driving in a carUurite - Years and years, future peaceStephen Ludwig - 214S

A star footballer. His school girl lover. A wife who vanishes. The Australian’s Hedley Thomas digs deep into a cold case which has been unsolved for 36 years, uncovering startling new evidence.

Some of them hadn't seen each other since Cromer High days more than 30 years ago but they came together in a show of force, determined to hold to account teachers who had preyed on students for sex. Meanwhile, the detective Damian Loone escalates his murder investigations, interviewing many witnesses in a quest for the truth. And the area of "soft soil" comes back into focus.

Cromer High School's pin-up sports teacher Chris Dawson pursued year 11 student Joanne Curtis with the sort of relentless determination he showed as a star of rugby league. Chris had model good looks, an easy charm, and students looked up to him. Other teachers followed his lead, seducing vulnerable school girls as those in charge looked away. 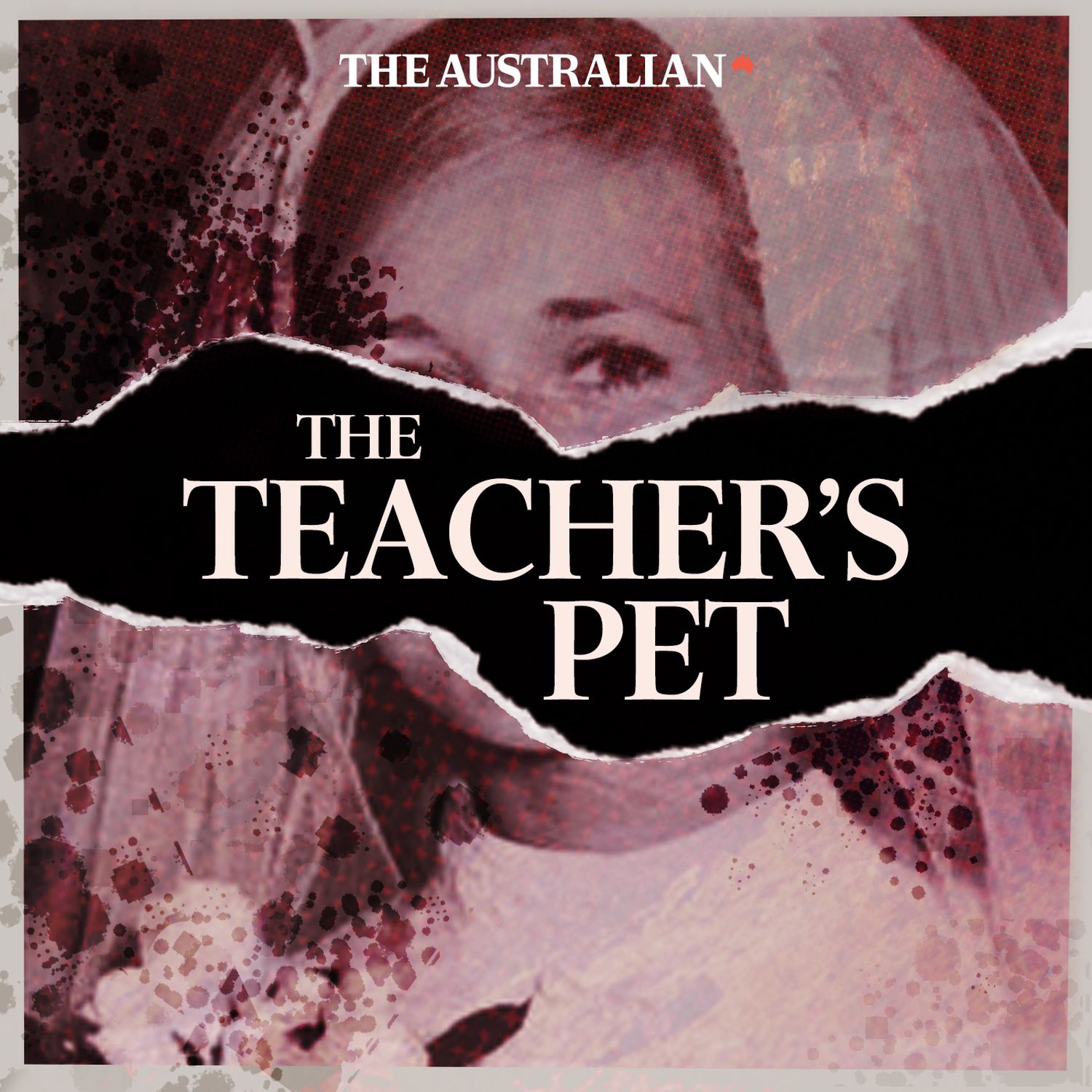 A young woman disappears into a rain-soaked night. A country town divides on rumour and speculation. And the relentless quest of a family to uncover the truth.The Walkley Award-winning investigative journalist behind The Teacher’s Pet, Hedley Thomas, is back with a brand new podcast, The Night Driver.Listeners should note that all episodes of The Night Driver will be only be available to subscribers of The Australian for two weeks after publication. To hear each episode as soon as possible, download The Australian app on your mobile phone or tablet. &#10;See acast.com/privacy for privacy and opt-out information.

Lyn Dawson had been missing for three years when her worried friend Sue wrote to the Office of the Ombudsman - an independent government watchdog - about the lack of police action in the case. We go looking and recover a long-forgotten file after decades in storage, and the contents highlight the hopeless responses of police to a probable murder - and raise more questions, as public anger grows.

Chris Dawson was interviewed by police in 1991, and then never again. But Sue Strath, Lyn's loyal friend, kept agitating for a further investigation, and in 1998 Detective Damian Loone was assigned to the case. Curiously, the earlier investigation notes had vanished.

In the days and months following Lyn's disappearance, Chris Dawson put forth a range of suggestions as to her possible whereabouts. Perhaps she had gone north to think about their marriage. Maybe she'd joined a cult, or a religious group. But whatever he said, he clearly believed she was never going to return, as he promptly moved Joanne back into the family home where she became the new mother to his two children.

Janine Vaughan was a young woman with many friends, a loving family and a good job. She lived in a country town famous for one of the world's great annual car races. She stepped into a red car in front of friends 19 years ago - and disappeared without a trace. Her sister Kylie has been on a relentless quest for the truth about Janine's murder in a community that has been keeping a wicked secret.To hear more episodes of this podcast series, subscribe to The Night Driver in your podcast app. &#10;See acast.com/privacy for privacy and opt-out information.

Following an incredible groundswell of community interest ignited by this podcast, September saw a stunning development in the case with police returning to the Bayview house to conduct a new and more thorough search for the remains of Lyn Dawson. This dig was a necessity - not just to try to uncover new evidence, but also to restore public confidence and to prove to Lyn’s family that the police, this time, would do their jobs properly. Meanwhile, new witnesses come forth with compelling stories of encounters with Chris Dawson and his explosive temper.

Before the first coronial inquest, police tap phones in the lead-up to digging in a relatively small area around the swimming pool at Bayview, where they find a woman's cardigan. The crime scene officer on that dig describes what he believed were stab marks in the garment. He suspects Lyn's remains are still on the block - and may have been narrowly missed because the dig was restricted for budgetary reasons. As the coronial inquests get under way, a student becomes concerned that Chris is trying to groom many of her friends at an all-girls school. The inquests are bad for Chris - but the system fails Lyn and her family again.

Leaving the dark shadow of Lyn’s disappearance behind, Chris moved his young new wife and children north to Queensland, into a home on acreage near the newly-opened theme park, Dreamworld. Isolated behind high fences, Joanne lived the life of a 'Stepford wife', and was expected to meet all of her husband's demands ... including continuing to look like a school girl.

In January 1982, as most Australians enjoyed a carefree holiday season, Lyn Dawson was trying to pick up the tattered threads of her marriage. Joanne Curtis was taking tentative steps to extricate herself from her affair with Lyn's husband. And Chris Dawson was desperately seeking solutions. In this episode, a damning piece of evidence - once thought lost - is recovered, and it is something that should be vitally important to the Director of Public Prosecutions.

Nearly 37 years after Lyn Dawson disappeared, police have arrested Chris Dawson over the alleged murder of his wife, taking him into custody and preparing his extradition to Sydney where he will face court. When the knock on the door came, the 70-year-old was calm. The timing may have been a surprise, but he’d known for a long time that this day may come. Calling the matter "a cold case murder", the magistrate denied Dawson's application for bail citing a high flight risk, and said the crown alleged domestic violence allegations against Chris Dawson would be raised in evidence, as well as testimony from Joanne Curtis. But Dawson's family believe he will be cleared, releasing a statement saying that he is innocent and that there is clear and uncontested evidence that Lyn Dawson was alive long after she left her husband and daughters.

Humiliated and broken by her husband's affair, Lyn finally asked Joanne to leave the Bayview home. The teenager walked out, and into the home of Chris's twin brother, Paul, a few hundred metres down the same street. Tensions continued to rise. And then suddenly, Lyn vanished. Years later, Joanne suggested Lyn's remains were buried at Bayview, in the 'soft soil' - outside what were her daughters' bedroom windows. In this episode, a surprise new witness speaks publicly for the first time about something he was told in 1987, indicating the possible whereabouts of a body.

As Chris Dawson's defence team, police and prosecutors work hard to prepare for a murder trial which may be heard some time next year, 2020, the team behind The Teacher's Pet podcast series discloses a new development - taking down the first 16 episodes in Australia, to help ensure Chris gets a fair trial. And Greg Walsh, Chris's experienced lawyer, flags some of the issues and claims which are important to him and the accused.