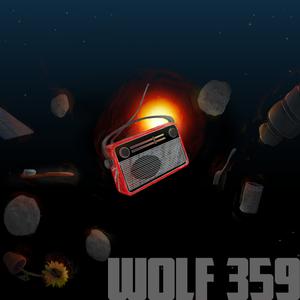 Kinda Evil Genius Productions
24 Followers
Life's not easy for Doug Eiffel, the communications officer for the U.S.S. Hephaestus Research Station, currently on Day 448 of its orbit around red dwarf star Wolf 359. He's stuck on a scientific survey mission of indeterminate length, 7.8 light years from Earth. His only company on board the station are stern mission chief Minkowski, insane science officer Hilbert, and Hephaestus Station's sentient, often malfunctioning operating system Hera. He doesn't have much to do for his job other than monitoring static and intercepting the occasional decades-old radio broadcast from Earth, so he spends most of his time creating extensive audio logs about the ordinary, day-to-day happenings within the station. But the Hephaestus is an odd place, and life in extremely isolated, zero gravity conditions has a way of doing funny things to people's minds. Even the simplest of tasks can turn into a gargantuan struggle, and the most ordinary-seeming things have a way of turning into anything but that. Wolf 359 is a radio drama in the tradition of Golden Age of Radio shows. Take one part space-faring adventure, add one part character drama, and mix in one part absurdist sitcom, and you get Wolf 359. New episodes are released every two weeks.
http://wolf359.fm... Wolf359Radio wolf359radio
Creator Tools